This sample itinerary can be tailored to your precise requirements and interests. That is what the Egypt specialists at Pomegranate Travel excel at!

An exhilarating , fast paced and speedy trip to Egypt in which you will see the key ancient wonders of the pyramids and of the Pharaonic times, taking in Cairo, Giza and Luxor for the great temples of ancient Thebes and the Valley of the Kings.

Arrive Cairo airport where you will be met and assisted through airport procedures, transfer to hotel. 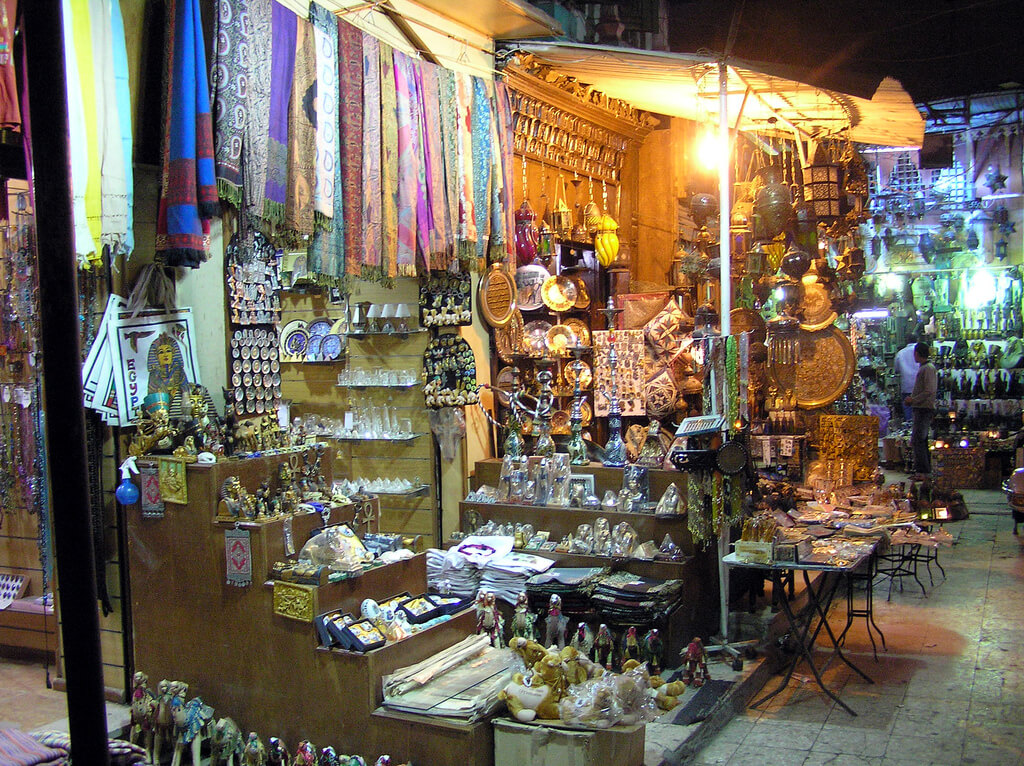 Experience a different side of Cairo, experiencing the city by evening and night. Meet your guide and head to Tahir Square which featured so heavily in the Arab Spring, now a decade ago, and hear about the events of 2010 and how they have impacted (or not impacted) Egyptian society. Continue downtown to enjoy the real Cairo of locals, with a chance to visit local cafes and even a sheesha bars. Continue to the famous Khan El-Khalili souk which is said to be the Middle East’s largest bazaar – although open during the day it truly comes alive at night! Originally created as a watering stopover for caravanserai in the 14th century, today the bazaar has spread to vast proportions. Cruise the bazaar with your guide and end at a restaurant in the area we will have pre-booked for you around 9pm (dinner not included). 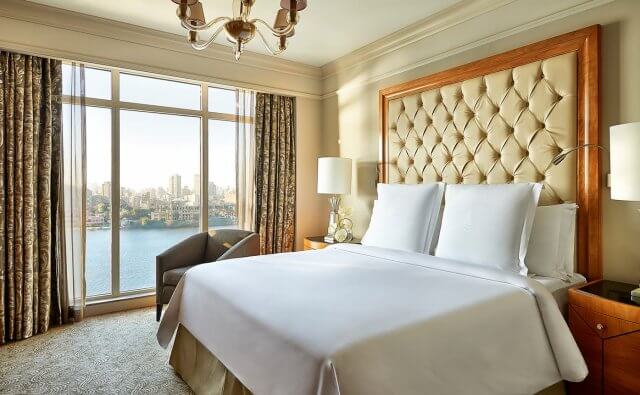 The Egyptian Museum (also known as the Cairo Museum) has long been the jewel in Cairo’s crown, and one of the most famous museums in the world. Inaugurated at the turn of the twentieth century, it houses the largest collection of Pharaonic antiquities in the world including the iconic pure gold death mask of Tutankhamun,   However, the museum is due to be superseded by a new museum to be called the Grand Egyptian Museum which will be located in Giza and which will be the largest archeological museum in the world.  The Grand Egyptian museum will put on display, for the first time ever, the entire tomb collection of Tutankhamun.  The long awaited opening is due in 2022, and ahead of then we are able to arrange private tours of the pre-opened collection on an occasional basis. 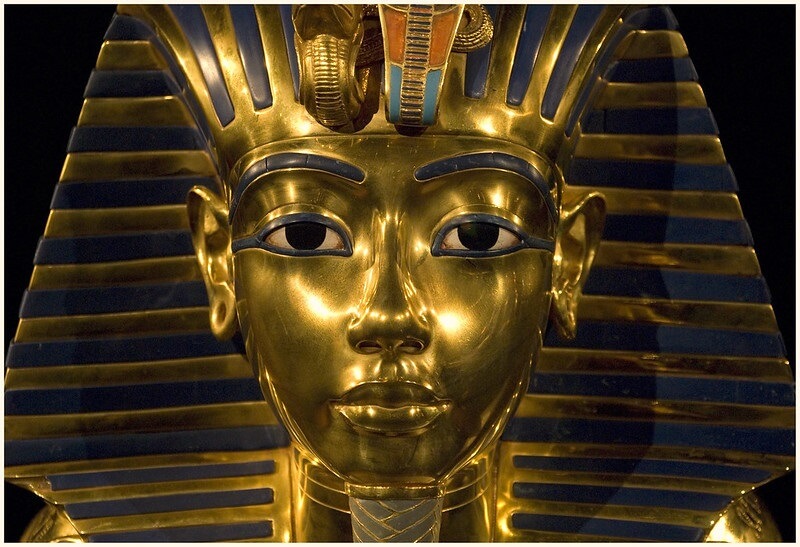 One of the best way to enjoy being in Egypt is to ‘Eat like an Egyptian!’. Egyptian food is an integral part of the culture, many of the dishes are incredibly old and find their roots in ancient times, stretching back 5000 years to the times of the Pharoahs. Local Food in Egypt mostly comes from grains like beans, lentils, chickpeas and the likes, as well as vegetables, stuffed pigeons and spicy grilled meats. Famous Egyptian dishes in typical restaurants involve kebab, stuffed vegetables with mincemeat and rice, and “green molokhiya soup”. Street food has variety of different dishes like “falafel”, “koshary” and spicy liver. Salads are also an important part of Egyptian food served in restaurants and street food stations alike. The mouthwatering oriental desserts are not to be missed, and luckily can be found in every corner. All this eating will make you thirsty, and you should definitely try out the traditional Egyptian drinks like the tamarind, carob, doab, hibiscus and orchid juices. 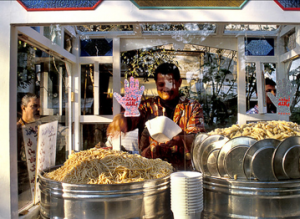 The famous Cairo citadel was constructed in 1183 CE by Salah El Din, the great Arab conqueror and leader. The Citadel is one of Cairo’s most iconic destinations and recognizable landmarks. You will visit the various parts of the medieval Citadel including the stunning Alabaster Mosque of Mohamed Ali, which for many is the highlight of the tour. 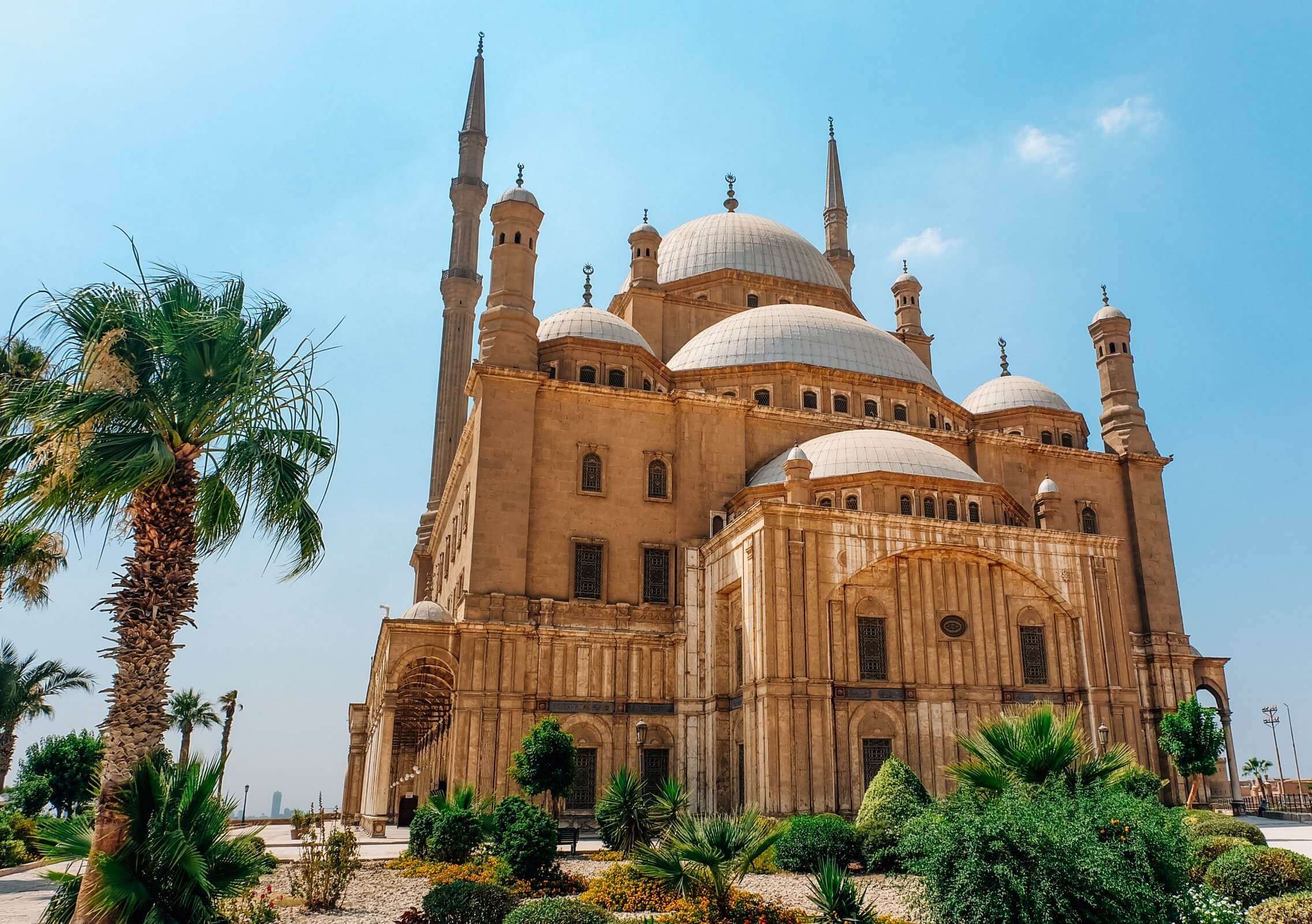 This morning fly to Luxor and start touring.  Luxor was the ancient city of Thebes, seat of the spiritual life of ancient Egypt. It is therefore hardly surprising that the area of and surrounding Luxor is amongst the most densely populated with temples, tombs and monuments. Karnak was the earthly dwelling of the sun god Amun-Re, the most important spiritual site in all of ancient Egypt and consisted of shrines, obelisks and temples. Huge does not even begin to describe the scale of Karnak. This site took hundreds of years to build and refine from the time of the Middle Kingdom (about 2000 BCE) into the Ptolemaic Kingdom (about 300 BCE), with around thirty Pharaohs contributing to the build. Because of the period of time over which it was built, the variety and diversity of archeological remains at Karnak is quite simply unparalleled. One of the highlights of a visit is the Great Hypostyle Hall in the Precinct of Amun-Re, the hall is 5000 squ m in size and contains 134 massive columns arranged in 16 rows. 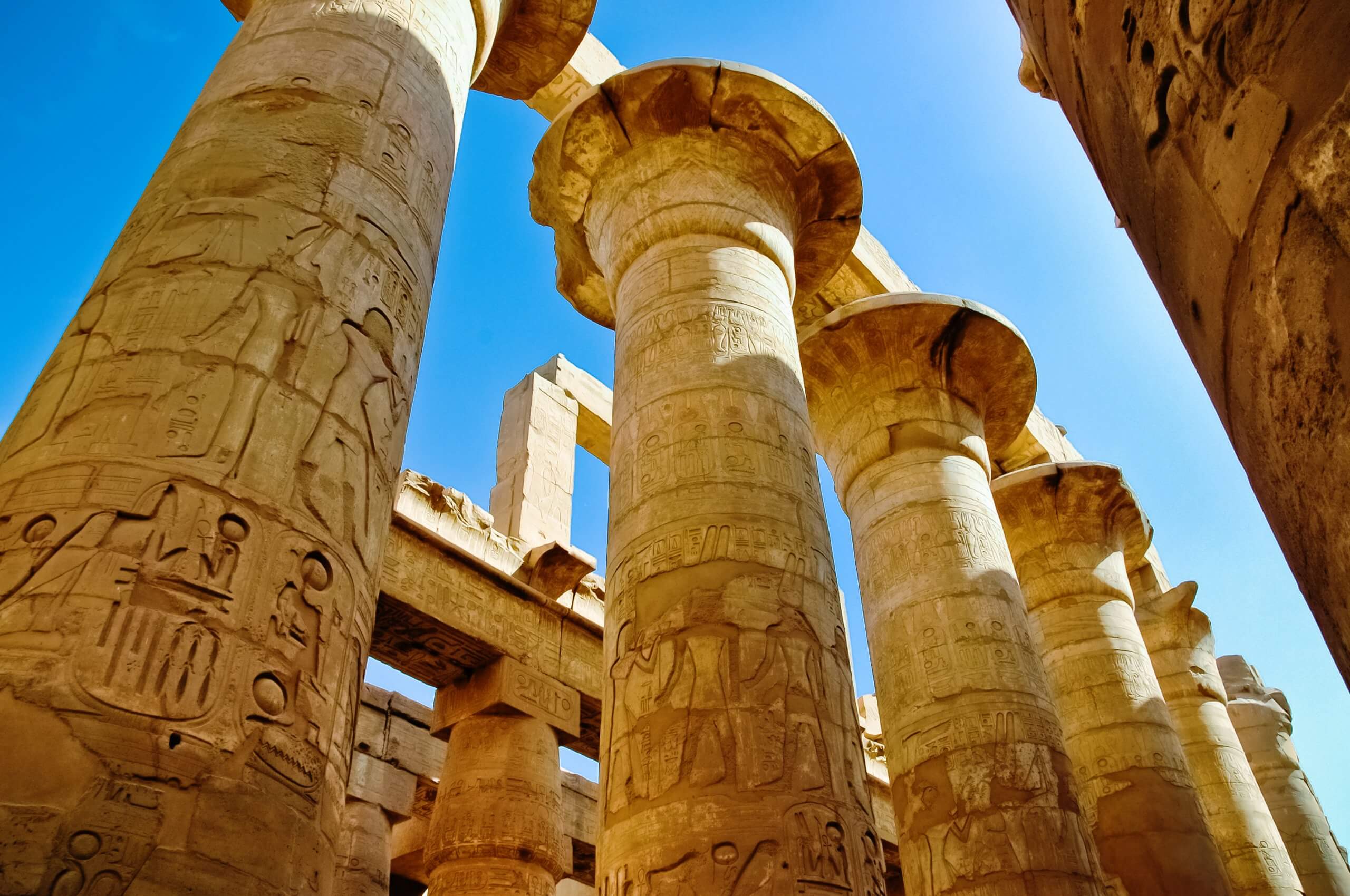 Return to your hotel for some downtime or visit the Luxor Museum, established in 1975, it contains a collection of high-quality Pharaonic relics excavated in Luxor and nearby areas. Here you will admire some of the objects that were found in the tomb of Tutankhamun, such as the golden cow’s head of goddess Hathor and Tutankhamun’s horse carriage and weapons, as well as the stunning double statue of Sobek, the crocodile god, and king Amenhotep III, and well as several mummies. 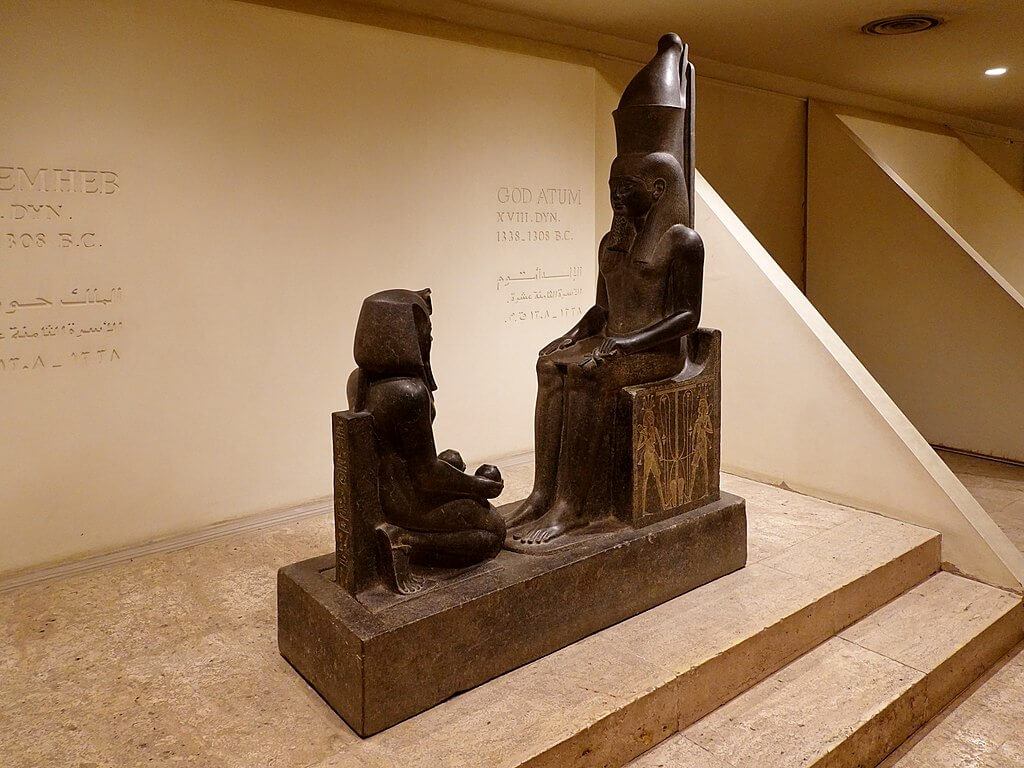 Around sunset enjoy the serenity of the Nile on a Felucca ride, simply sitting back and taking in the scenery, watch as the sky floods with the most amazing colours. 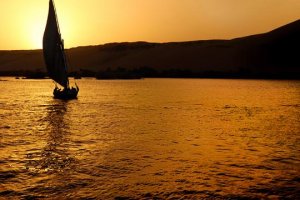 Visit the beautifully lit temple of Luxor, you will find an evening visit incredibly atmospheric and evocative of times gone by.  The temple of Luxor dates to 1400 BCE and is smaller than that at Karnak and was intended for priests rather than the general public. This is also the site where kings were crowned (Alexander the Great claimed to have been crowned at Luxor, but in fact it is unlikely he travelled this far South). The temple is flanked by two seated statues and a pinkish coloured granite obelisk. As with Karnak, just how these obelisks were created in ancient times is beyond the imagination, the huge structures were capped with precious metals to capture the light so everyone could find their way to the temples, and were signs of fertility and prosperity (there is no denying their phallic nature!). Luxor’s missing obelisk can be found at the Place de la Concorde in Paris. The temple of Luxor is beautifully lit at night and can be visited in the early evening for an atmospheric tour. 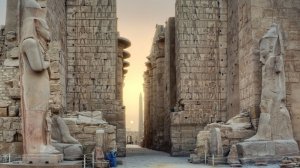 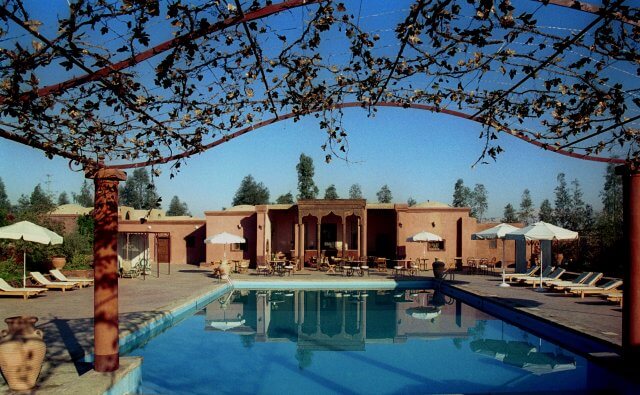 The West Bank of Luxor was the necropolis of Thebes – a city of the dead – symbolically located where the evening sun sets. Just as the sun set every night and rose every morning, it was believed that man died and was born again, and the mode of burial was crucial in enabling that journey. A huge array of tombs are here to be explored. Some of the burial chambers such as those of Seti I and Queen Nefertari were miraculously protected from both man and the elements, and the colours of the paints have to be seen to be believed, it is as if they were decades not millennia old. Others, such as the temple tomb of Queen Hatshepsut have been painstakingly restored to their former glory which provide an excellent insight into how the tombs must have looked in their day. Perhaps the most famous of the tombs is that discovered in 1922 by the British explorer and archeologist Howard Carter – the tomb of the boy king Tutankhamun, which was discovered complete with thousands of gold and jewelled objects, military equipment, clothes and food, all to enable him to pass to the next life. In addition to these tombs you will visit that of Ramses VI and the fascinating valley of the workers. You will also see the Colossi of Memnon, two massive stone statues of the Pharaoh Amenhotep III and have stood over the Theban Necropolis since 1350 BCE. 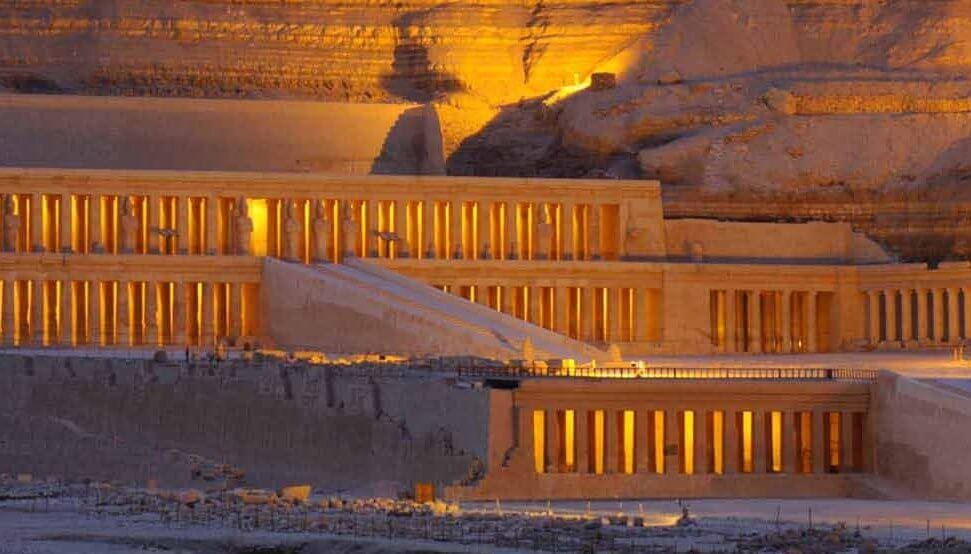 Fly to Cairo and head to the pyramids.  Of the seven wonders of the ancient world, only one remains today: The Great Pyramid of Giza. If that’s not certified unmissable, we don’t know what is. Giza emerges as a sublime structure, the miraculously accurate realisation of an ideal pyramid structure inside which the kings would journey to the next world and emerge as gods. Despite their age, these structures still overwhelm and overpower visitors. You will visit all three of the pyramids at Giza, and also witness them from a panoramic view point where you can see the grandeur of all three together. Proceed to the Great Sphinx with its head of a man and body of a lion, gazing imposingly across the valley. 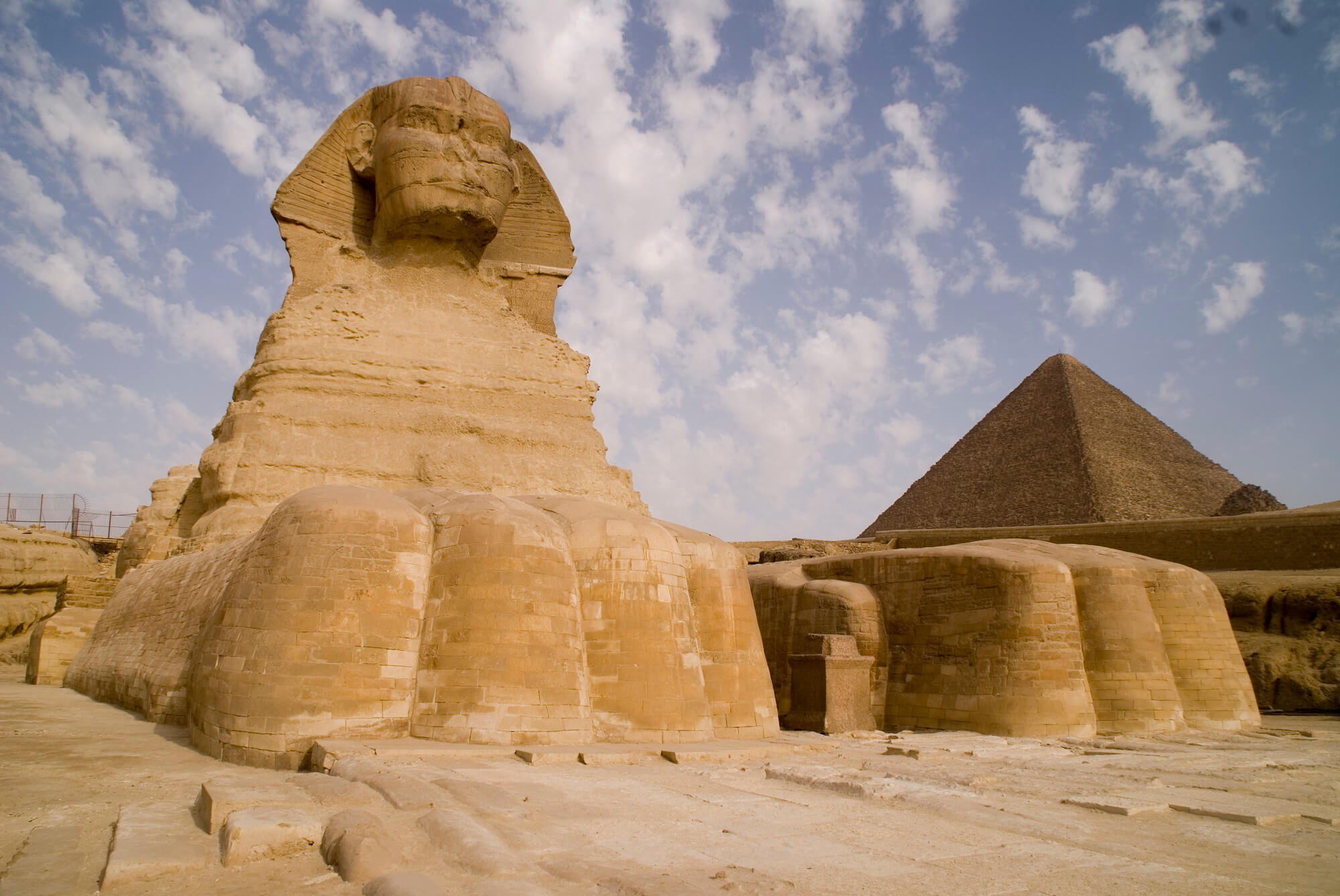 This afternoon you might want to spend at leisure or alternatively to explore your special interests, here are a couple of ideas which might appeal:

Time to enjoy your last day in Egypt before your transfer to the airport for your departure flight.