These sample itineraries can be tailored to you and your family’s precise requirements and interests. That is what the Israel specialists at Pomegranate Travel excel at!

Arrival and private transfer to your hotel in Jerusalem 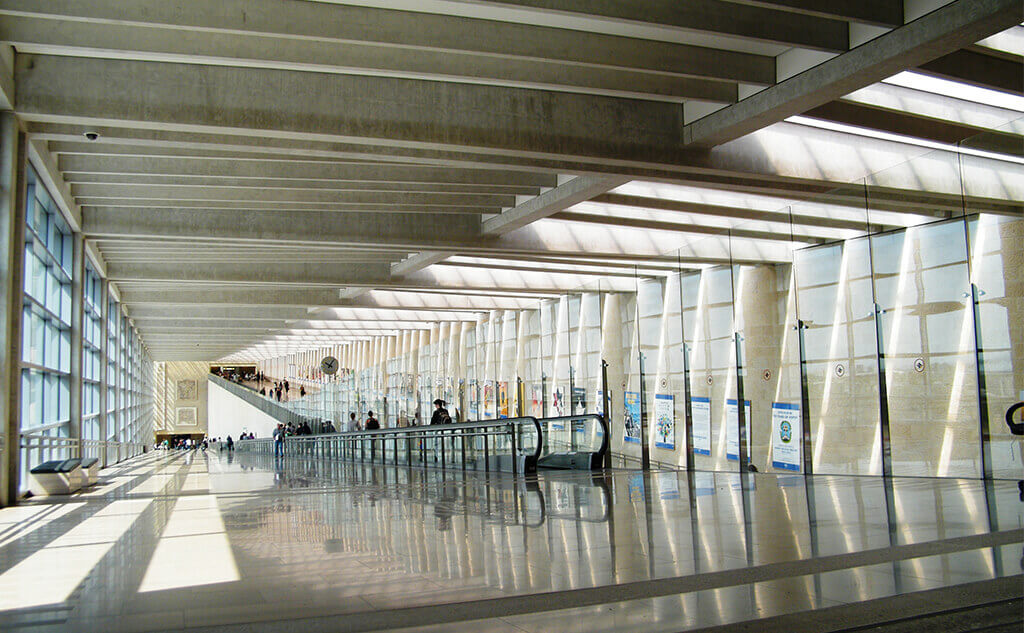 We hope you had a good flight. Arrive at Ben Gurion International Airport where you will be met by our representative. You will be driven to Jerusalem in a comfortable air-conditioned vehicle with plenty of room for luggage.  Please inquire about our airport VIP service for the most luxurious start to your experience! 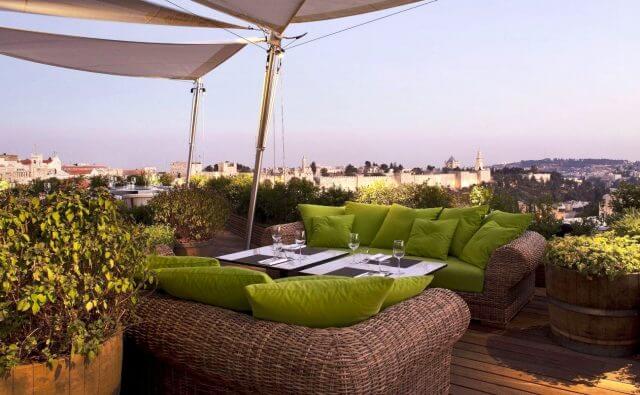 This morning you will meet your guide in the lobby of your hotel. Following introductions your private tour will begin!

A full tour of the Old City of Jerusalem will introduce you to this place of intense sanctity to Jews, Christians and Muslims, where holy sites tumble over each other. 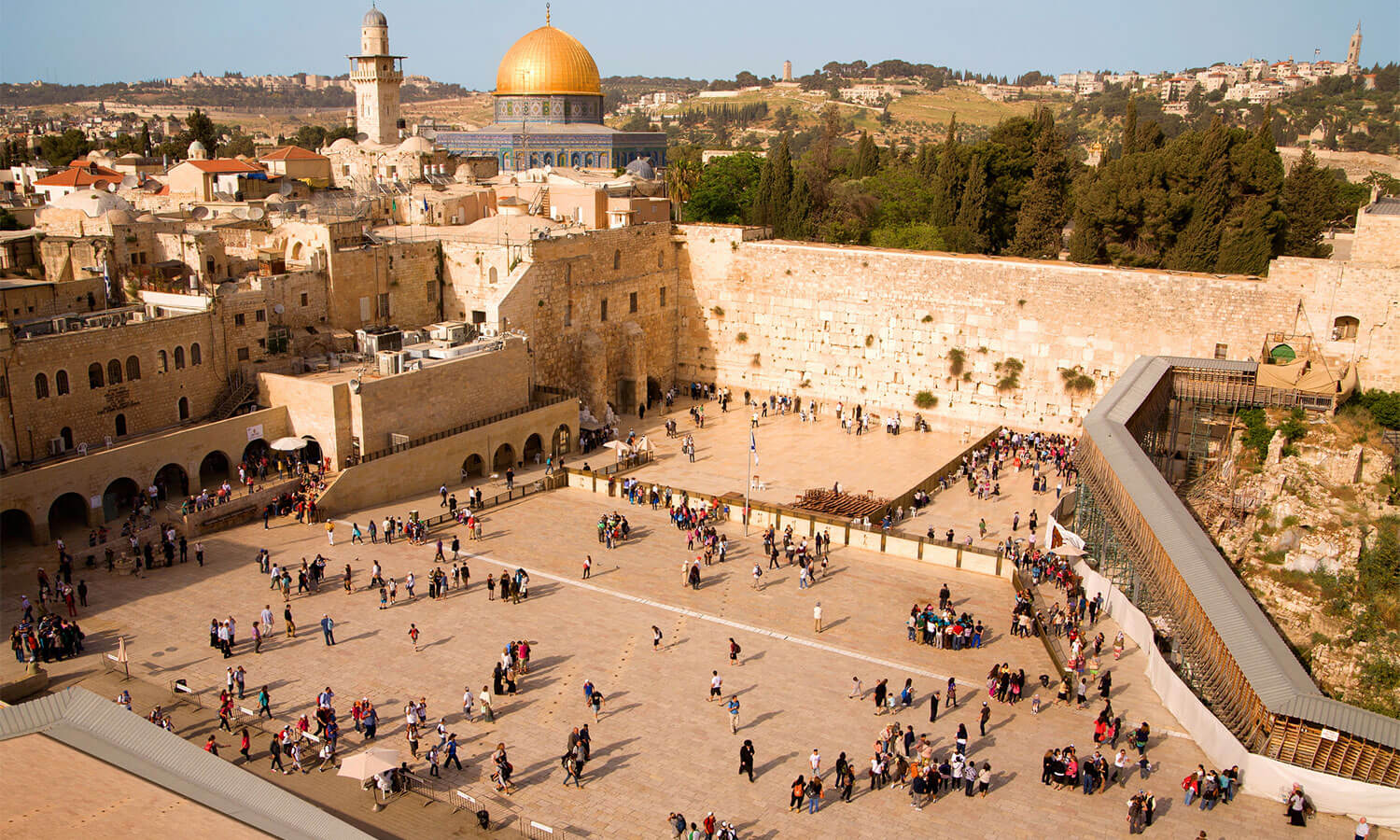 Jerusalem Kotel and Dome of the Rock

Your expert guide will unpeel layers of history and provide an overview of what Jerusalem means to the three monotheistic religions. Amongst other sites, you will visit the sites most holy to these three faiths, the Church of the Holy Sepulchre, the Kotel (Western Wall of the Second Temple), and you will view the Dome of the Rock. During your tour today your guide will focus not only on the three monotheistic religions but also on Roman history in Jerusalem, for example focusing on the Cardo and the remains of Herod’s Temple.

Explore the New City of Jerusalem

As stunning as the Old City of Jerusalem is, no visit to Jerusalem is complete without also delving into the treasures of the New City.

Yad Vashem brings a weighty but meaningful note to today’s touring. Yad Vashem is Israel’s official monument to the Holocaust, located on the western slope of Mount Herzl on the Mount of Remembrance in Jerusalem. The museum has justifiably achieved international acclaim for its in depth and powerful portrayal of extremely challenging material. The complex includes the Holocaust History Museum, the Children’s Memorial and the Hall of Remembrance, The Museum of Holocaust Art, sculptures, outdoor commemorative sites such as the Valley of the Communities, a synagogue, a research institute with archives, a library, a publishing house, and an educational center named The International School for Holocaust Studies.

Visiting Mahane Yehuda market you will find yourself surrounded by a plethora of sights, smells and tastes, and the colourful hustle and bustle of Jerusalem life. Your expert culinary guide will show you little known, hidden away gems, and will also explain how Mahane Yehuda serves as a symbol of Israel’s immigrant culture. You will see foods from all parts of the world, and will understand how culinary trends have mixed and influenced each other – just as immigrants from the four corners of the world have preserved their own traditions, and yet integrated to create a unified Israeli culture. The tour lasts for about two hours and includes plenty of tastings. Lunch is included so fear not – you will not be left hungry!

The Israel Museum is surely one of Jerusalem’s treasures. Following a multi-million dollar renovation the museum has received international acclaim and has been named one of the ten most impressive museums in the world.

The Israel Museum is home to the Dead Sea Scrolls (the Shrine of the Book) – the oldest known copy of the Bible. You will learn about the remarkable story of these manuscripts, the sect who most likely wrote them, and how they were discovered. You will also visit the celebrated model of second temple Jerusalem. 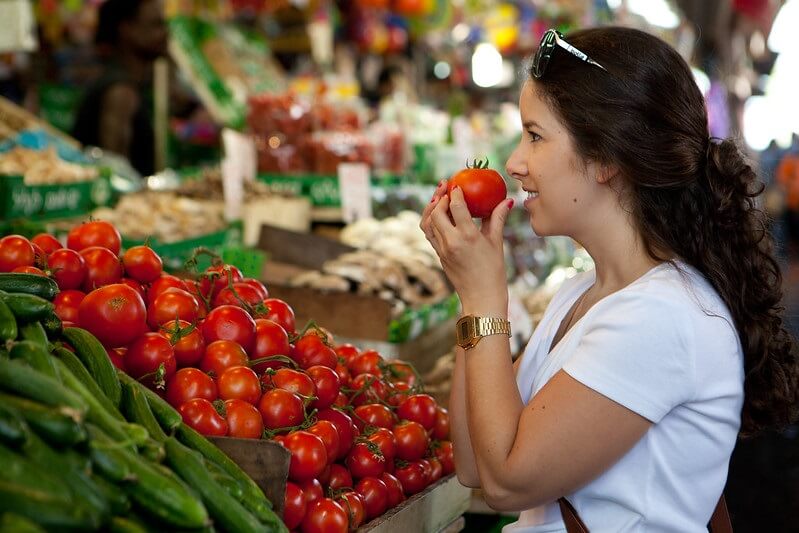 Highlights of the Judean Desert

This morning your guide will meet you in the lobby of your hotel. Arguably Israel’s most dramatic site, Masada’s mountain top ruins, set against the extraordinary backdrop of the Judean desert, are but a stage for the retelling of an heroic and ancient tale, now engrained in national mythology. 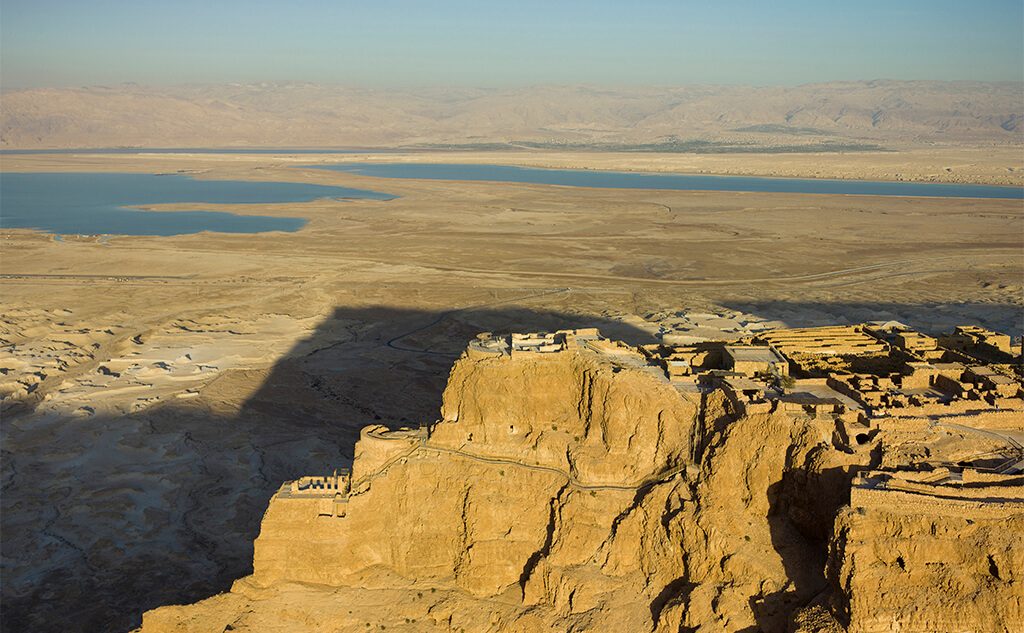 With your expert guide as storyteller, you will hear about the lives of the final Jewish resisters to Roman rule, relive their struggle against the mighty Roman army, and wonder at their heroic end. Masada is a totally unique site, well deserving of its UNESCO world heritage status.

Cool off from the desert heat at Ein Gedi, this glorious, green oasis in the middle of the Judean desert, significant as David’s hiding place from King Saul. Natural spring water cascades over a series of ledges in the desert rock, creating waterfalls and fresh water pools, perfect for hiking and swimming through. The springs give life to palm trees, bulrushes, and tropical and Mediterranean plant life, which together produce the sweetest of scents. Watch out for the hyraxes, ibexes, and many native bird species as your guide leads you along the family-friendly Nahale Davide trail.

The waters of the Dead Sea shimmer like nowhere else on earth. Best of all, here you really will float! Full of good-for-you minerals and surrounded by air which is naturally rich in oxygen, the Dead Sea should leave you feeling full of energy. Please take flip flops along for the Dead Sea, and avoid taking your best bathing suits as the minerals in the water may damage the material. 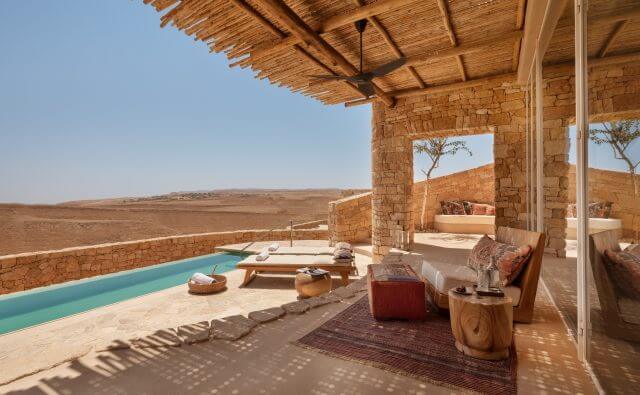 The Negev Desert and Six Senses hotel resorts were made for each other.

Today is your day trip to Petra!  You will be transferred from your beautiful hotel to the border between Israel and Jordan, where you will be assisted in crossing over for the day. Arriving at the stunning iconic site of Petra, you will wind your way through the Siq and your private guide will reveal the highlights of the Nabatean city, including the stunning Treasury. Other sites include the theatre, the tombs and facades and the colonnaded street. Full historical background will be provided together with information about the Nabatean civilisation. You will also be given some time to explore the wonder of the site on your own before returning to the Six Senses after a long but satisfying day. 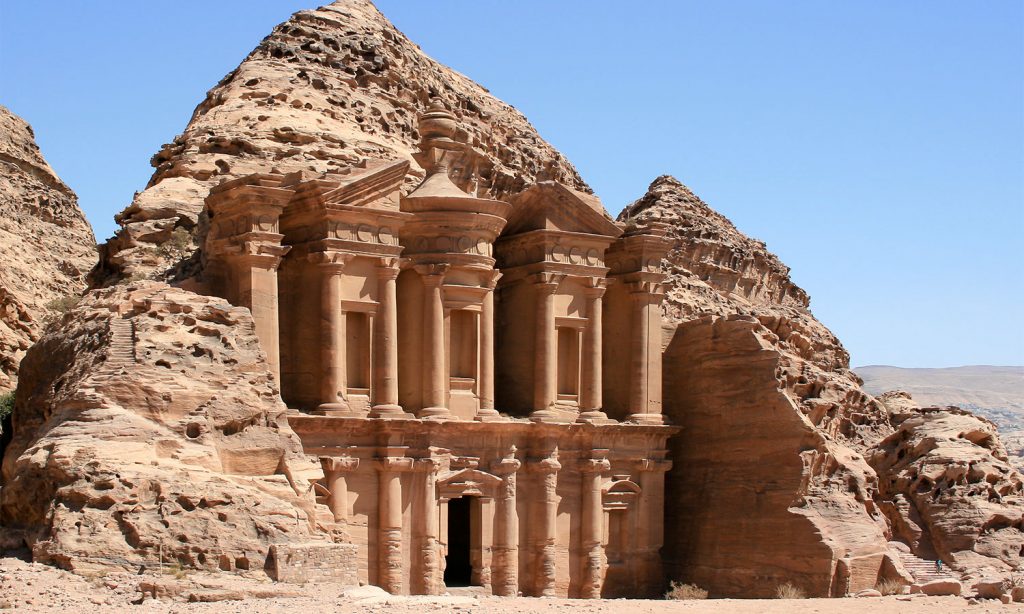 Your guide will meet you in the lobby of your hotel. Boarding your jeep, you will drive North until you reach the geologically unique region of the ‘machteshim’. Your first stop will be on the edge of the Ramon Machtesh at the top of the Atzmaut Ascent, after a short explanation at the viewpoint you will descend into the Machtesh and cross half it’s width to Wadi Ramon where you will stop for an explanation as to what a Machtesh is and how it was formed.   You will then continue across the floor of the Machtesh to the summit of Mt. Gvanim which offers a stunning view of the entire Machtesh. From there you continue along Wadi Gvanim stopping in the shade of an Accaia tree to learn about the flora and fauna of the region before continuing to the Ein Sahronim spring and the nearby Nabatean ruins. A short steep ride will bring you to the picturesque Ardon valley with it’s unique geological features and from there you will start your journey further North to Tel Aviv. 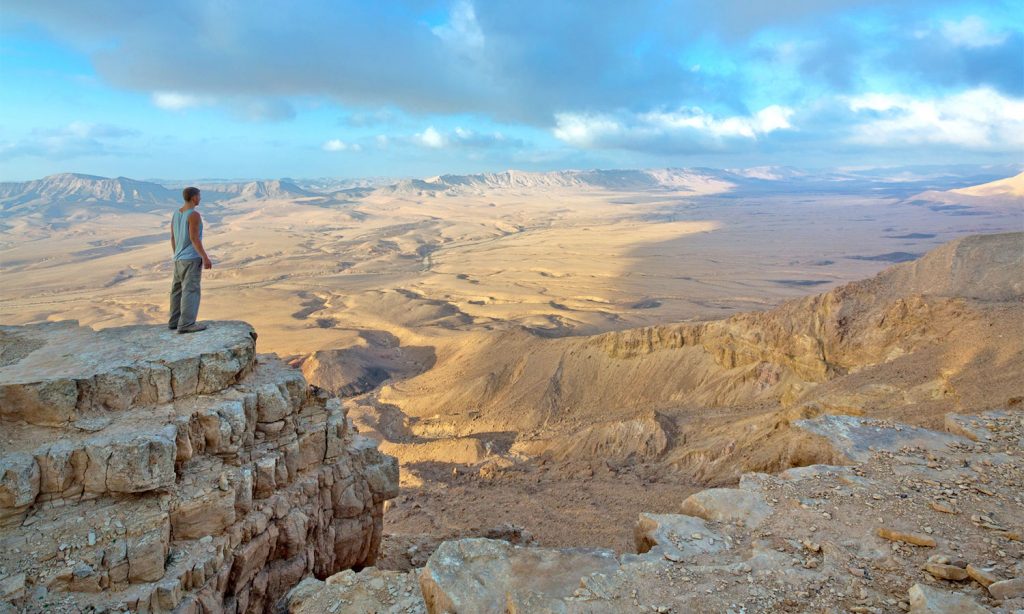 The Negev Desert and Six Senses hotel resorts were made for each other.

Ancient Jaffa and modern Tel Aviv are wonderful to tour together because of their contrasts. 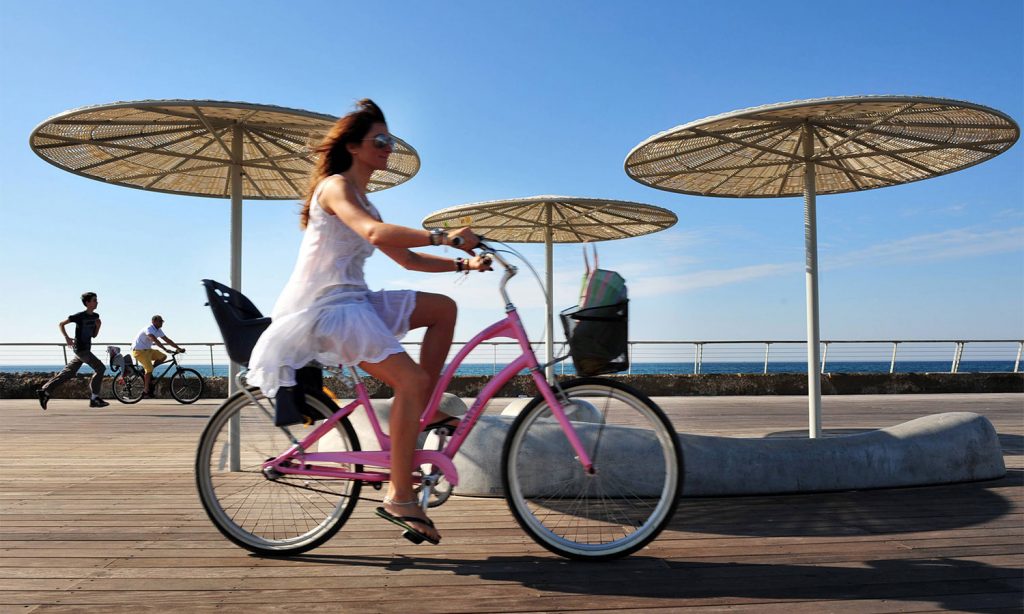 In Jaffa you will explore one of the most ancient ports in the world, replete with history from Biblical, ancient Egyptian, Roman, Napoleonic eras and more. Visiting Neve Tzedek, Tel Aviv’s prettiest and oldest neighbourhood, you will hear the story of the city’s beginnings – how the first modern Hebrew city was moulded out of the barren sand dunes in an out-pouring of ideological vision and determination. You will make your way through the colourful and bustling Carmel Market, full of additional tasty treats! The very great variety of foods reflects the fact that Israel is an immigrant society with citizens who have come here from the four corners of the earth (please note the market is closed Friday afternoons and Saturdays).

Continuing into more central Tel Aviv you will visit Rothschild Boulevard and Independence Hall (from the outside) where David Ben Gurion famously declared the independence of the modern State of Israel.

You will note the various architectural styles of the buildings from eclectic to Bauhaus, and hear stories about the waves of immigration who designed and created these remarkable buildings. 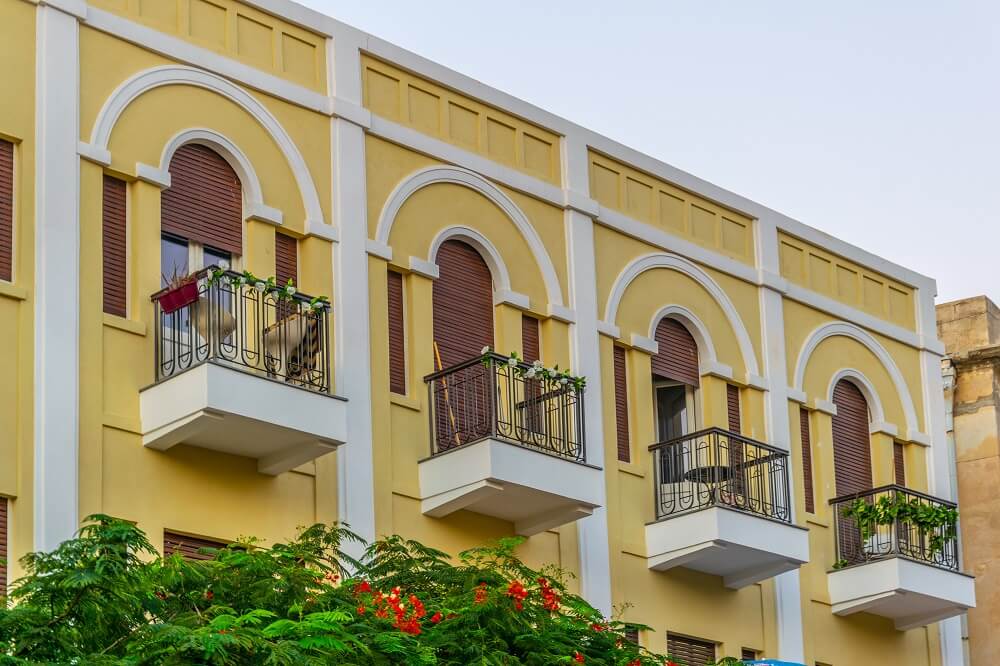 Bauhaus buildings at the Carmel market at Tel Aviv

The Bauhaus buildings are internationally significant and Tel Aviv’s UNESCO world heritage status is thanks to them. 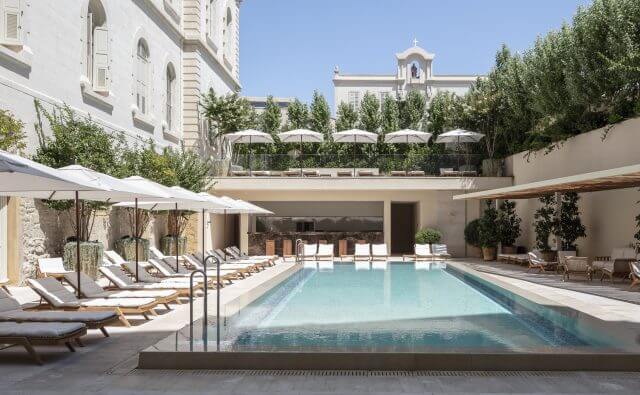 Day at leisure, and then transfer to airport

Today is your final day in Israel. Check out of your hotel, and enjoy your remaining time in this extraordinary country, before your flight home. You will be transferred from your hotel in Tel Aviv to Ben Gurion Airport in good time for your flight, in a comfortable air conditioned vehicle.  Please inquire about our airport VIP service for the most luxurious end to your experience!

Thank you wonderful team for creating an outstanding, memorable, and riveting trip to Israel. In every dimension, it could not have been better. Some highlights … our desert excursion day and night, rappelling down into the crater, a special camel ride.